I’m saying goodbye to this particular online space. It seems to me that the last words offered in an online space such as this should carry threads of the means of its ‘death’ and the hope of new life carried in that passing. In brief, then, I give you the means and the hope.

The Means
From time to time it is simply time. Necessity need not always be found in a list of reasons or intelligent rationale. It can simply be time. For me, it was time to leave my hometown nestled in the mountains of Southeastern New Mexico. That began a year of wandering from one gracious home to another, friends who were kind enough to let me be a part of their lives for whatever length of time I stayed. At each place there came a time when it was right to go. The last place I stayed was with a beautiful family of six -mom, dad, and four kids. I was there for nine months or thereabouts. I just moved in to my own apartment – first time in my own space since I left New Mexico. It was just time. I thought it would be easier to leave than it’s actually been. As I write this, it is one of the few times in the few weeks and a half (when I moved in) that I’ve stayed put in this new home. House. Doesn’t feel like home yet, though I’m sure that will come quickly enough. It’s easier to make plans to go here or there or visit this or that person than it is to sit in the emptiness of a house that has yet to become home. I sit in this space and I wonder at the story of how I’ve come here. I wonder the meaning of this space. And I ponder what hopes I have for this home.

The Hope
So much in me has shifted over the past few weeks. Close friends I have spoken to have held that it all looked like some sort of a preparation. For what, God only knows. I don’t feel like the same person that I was a month ago. Something died. And something else is forming in the ashes. In that movement, I search for small ways to let the transformation be reflected in small ways.

Saying goodbye to this blog is one of those ways. It holds so very much of who I am. So much of who I have been. A lot that has died. Even more that is simply morphing into…someone or something else.

My hope in all of this is that lost arrivals will find an end to their wanderings or at least find some rest in the beauty of an attentive, creative, personal, and intentional life – I may be tracking this through a new online space, though I’m not certain.
And so there is an ending. 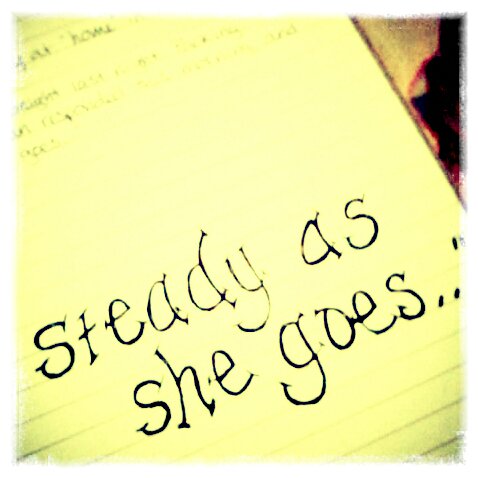